A fascinating place located in Thetford, Norfolk.  When viewed from above the whole area looks like the magnified surface of a golf ball, with around 400 hollows, which are back filled mineshafts.  It is an epic place to take the whole family, descending into the earth is a great exxperience and to see how children and adults of a bygone era lived and worked gives pause for thought to us all.

Grimes Graves or to give it’s Saxon name ‘Grim Graves’ is the perfect place to awe the family, from the youngest – they at least can stand up in the workings – to the oldest who can’t!

It is not a burial site though despite its name, but a flint mine. The site, all 96 acres of it, from the air looks like the magnified surface of a golf ball, has around 400 hollows, which are back filled mineshafts. 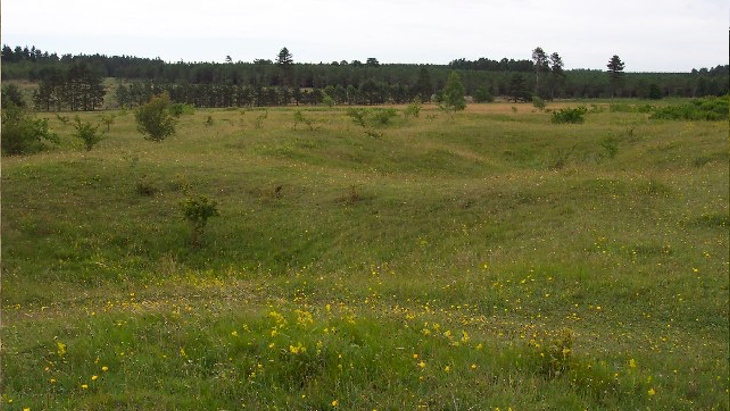 The area is of special scientific interest and because of its unique topography, home to many rare and distinctive flowers and fauna.

When you have worked up an appetite under the earth and on top of it, there’s a area where you can ravish your picnic hamper, there are loos too!

If you prefer great food and drink that you haven’t had to lug along with you, then there are great watering and feeding holes just a short distance away! Both little and large kids can run about playing ball games, but your dog can’t join in, so keep them on a lead the whole time you are there.

Now for the nitty gritty so to speak..

Grimes Graves is one of only ten known Neolithic mines in England and it is a source of the very high quality Floorstone flint which is shiny, black and easily flaked.

This meant that arrow heads, knives etc. that stone age man needed could be quickly and easily produced. They used deer antlers and large animal bones as picks and spades to dig out the earth and underlying chalk to get at the flint seams.

Each one of the hollows mentioned earlier are mineshafts which lead to loads of vast underground galleries or corridors cut into the chalk.

Approximately every two years a new mineshaft would be dug. These shafts went down as much as 12 metres and the only way to get the earth out would be by basket carried on a ladder system, one ladder down and one up.

It appears from the soot still seen on the walls today, that the complete darkness was lit by animal fat torches set into the walls. Must have smelt pretty awful!

Scientists have calculated that this mine was started around 5000 years ago and was worked constantly for a period of between 500 and 1000 years – talk about job security!

Of the 350 shafts about 28 have been fully excavated including the galleries they were connected to. Scientists have sifted through the excavated material and artefacts and pieced together the site history and how Stone Age man lived outside of the mine. 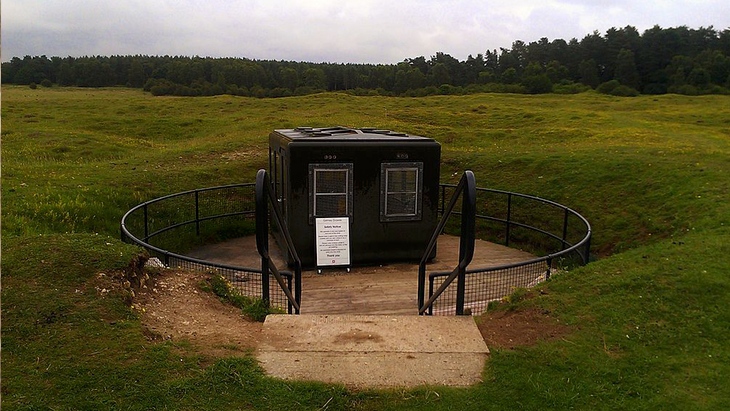 So take time and the family to see this amazing place. You can go into one of these mine shafts and explore seven connected corridors and there is an underground exhibition to study.

So when you are down there just quietly take time to wonder at how these early miners managed to work all their lives 12 metres under the earth armed just with an antler and a piece of bone spade! 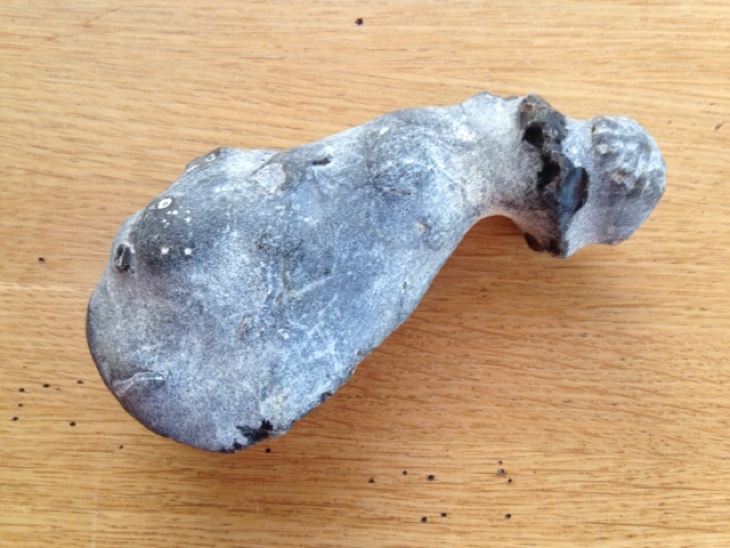 Some natural flints found on the beaches of North Norfolk look like tools to!

Please note that children under five are not allowed down the mine shaft but they don’t pay an entry fee either and sensible shoes are necessary - so that’s the stilettos out then!