North Norfolk provides some of the best mackerel and bass fishing during the summer months that the UK has to offer. We headed out to sea with Norfolk Fishing Trips on their lovely stable catamaran to catch some early morning fish.

We awake bleary eyed at a very unsociable hour. We have to as we have a couple of places on the 'Off The Hook', a fishing boat based out of Brancaster Staithe Harbour and she is leaving at 6am. The drive up from Norwich takes just over an hour and we can't be late as the boat will leave without us as she needs to catch the tide.

The drive is pleasant, but we are certainly in need of serious bacon rolls and coffee to keep our energy up - as it is early Sunday morning, there are not a lot of cafe's open along the way, so we arrive in Brancaster very hungry.

Norfolk Fishing Trips crew arrive promptly and we all load up into "Off The Hook's" tender which will take us out the anchored fishing boat in the mouth of the harbour. Its a brisk August morning, but the sun is rising and it is incredibly beautiful. 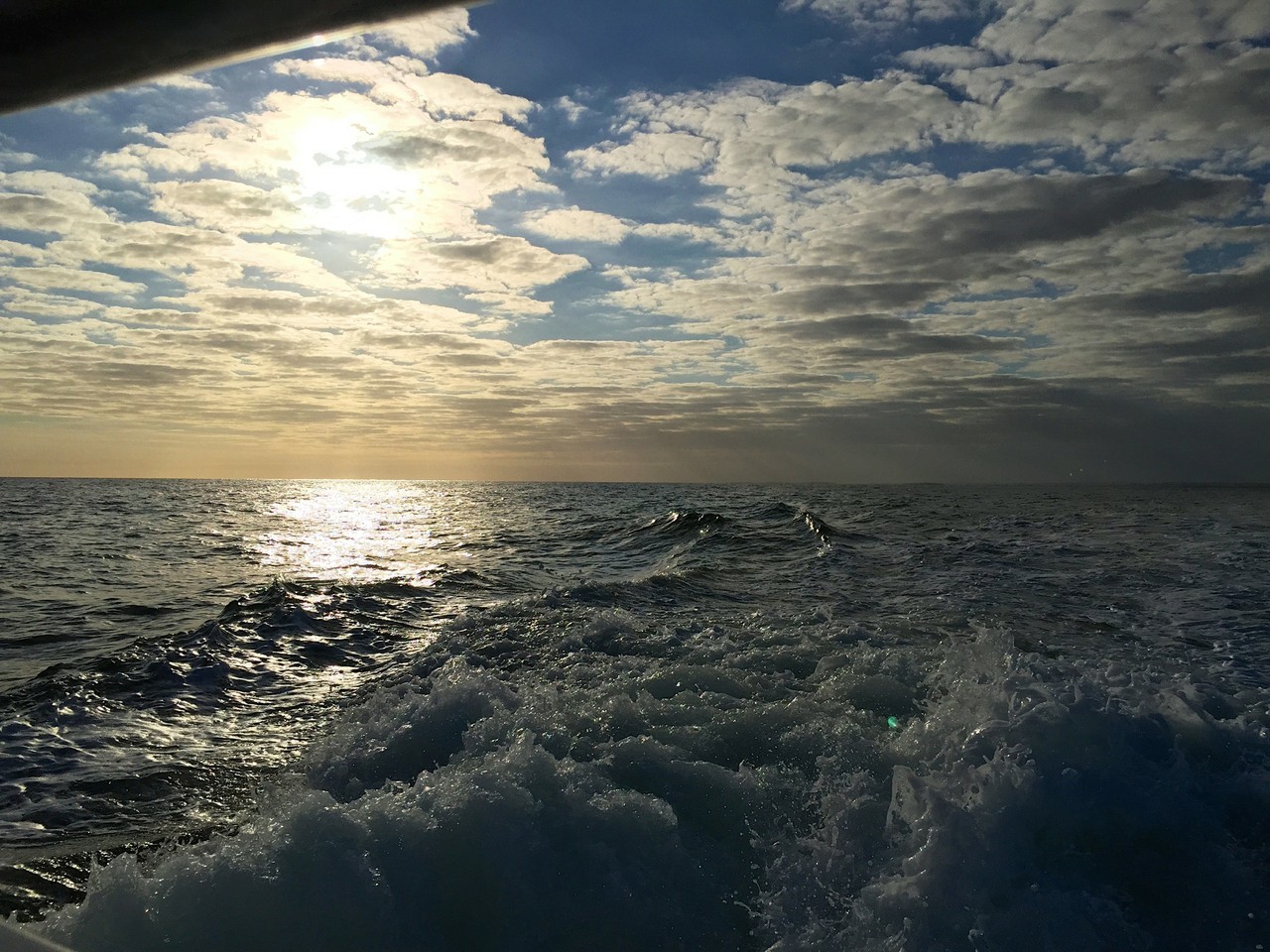 A little over an hour later we arrive in the fishing grounds, we are a way off Brancaster now and can see across the Wash to Skegness. We are also quite close to Sheringham Shoal, the offshore wind turbine farm that sprouts up like daffodils out of the sea. There are a couple of other small fishing boats out here too, obviously after our catch!

The captain powers down the mighty engines and we drift in the sea just above a sand bank where the mackerel hang out. We are using 'feathers' a special fishing setup designed to catch mackerel. There isn't a lot of skill required to catch the fish with this method out at sea, which is proved by the fact that i started getting fish on the line in just a few minutes! We were on the fish and everyone on board was having a great time. After 10 minutes or so the captain would get us to stop fishing so that we could fire up the engines and bring us back into the best area. 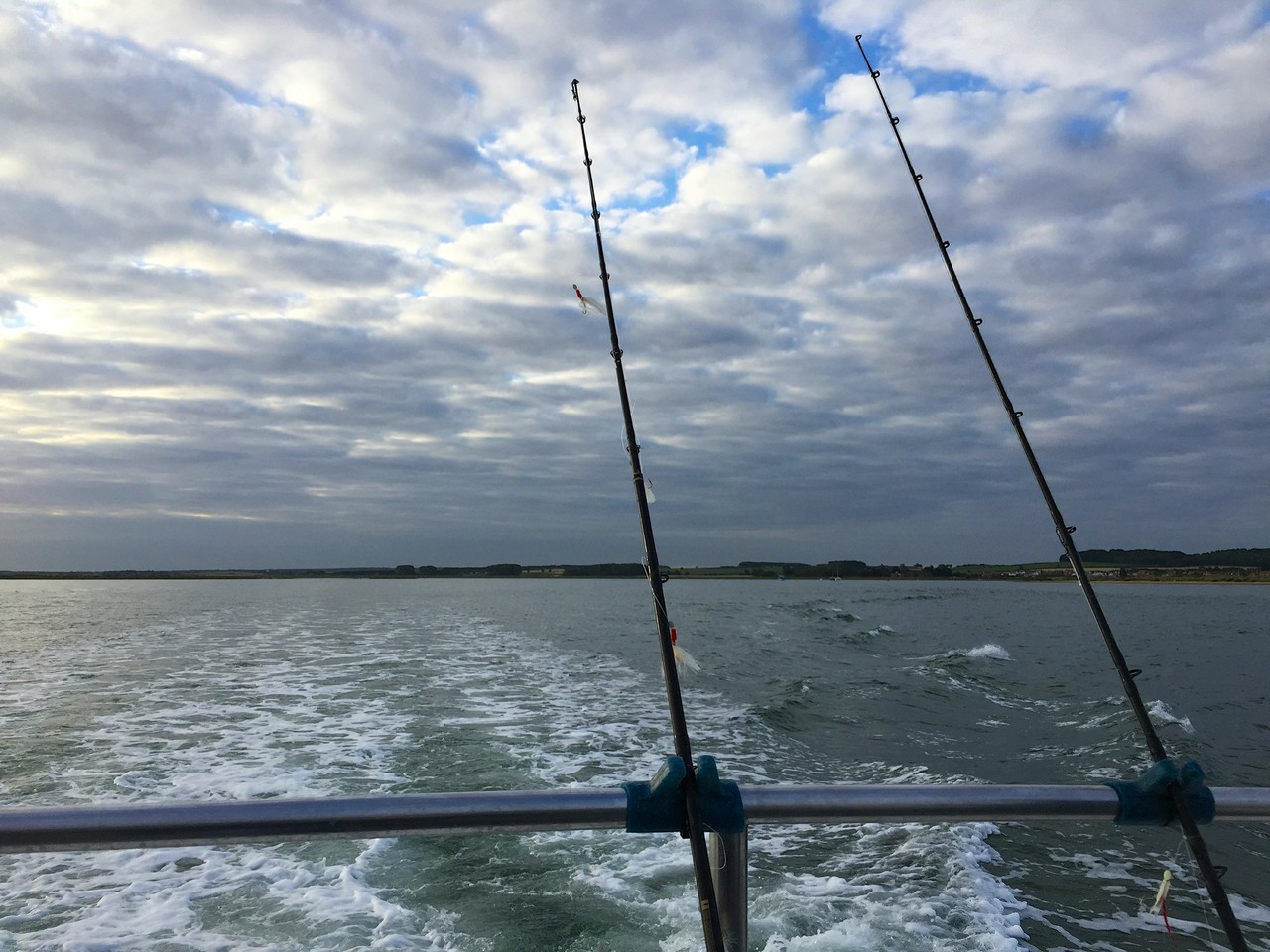 We are out fishing for about an hour and half before we have to head back in so the boat can do a trip later in the day. The later trip is for Tope, a species of shark which are tagged and released. They use some of the mackerel catch as bait I'm told.

The ten fisherman onboard caught approximately 30 mackerel in 90 mins - not including any of the undersize fish that were released and thrown back. We are able to keep what we catch, so I took home five good size mackerel. 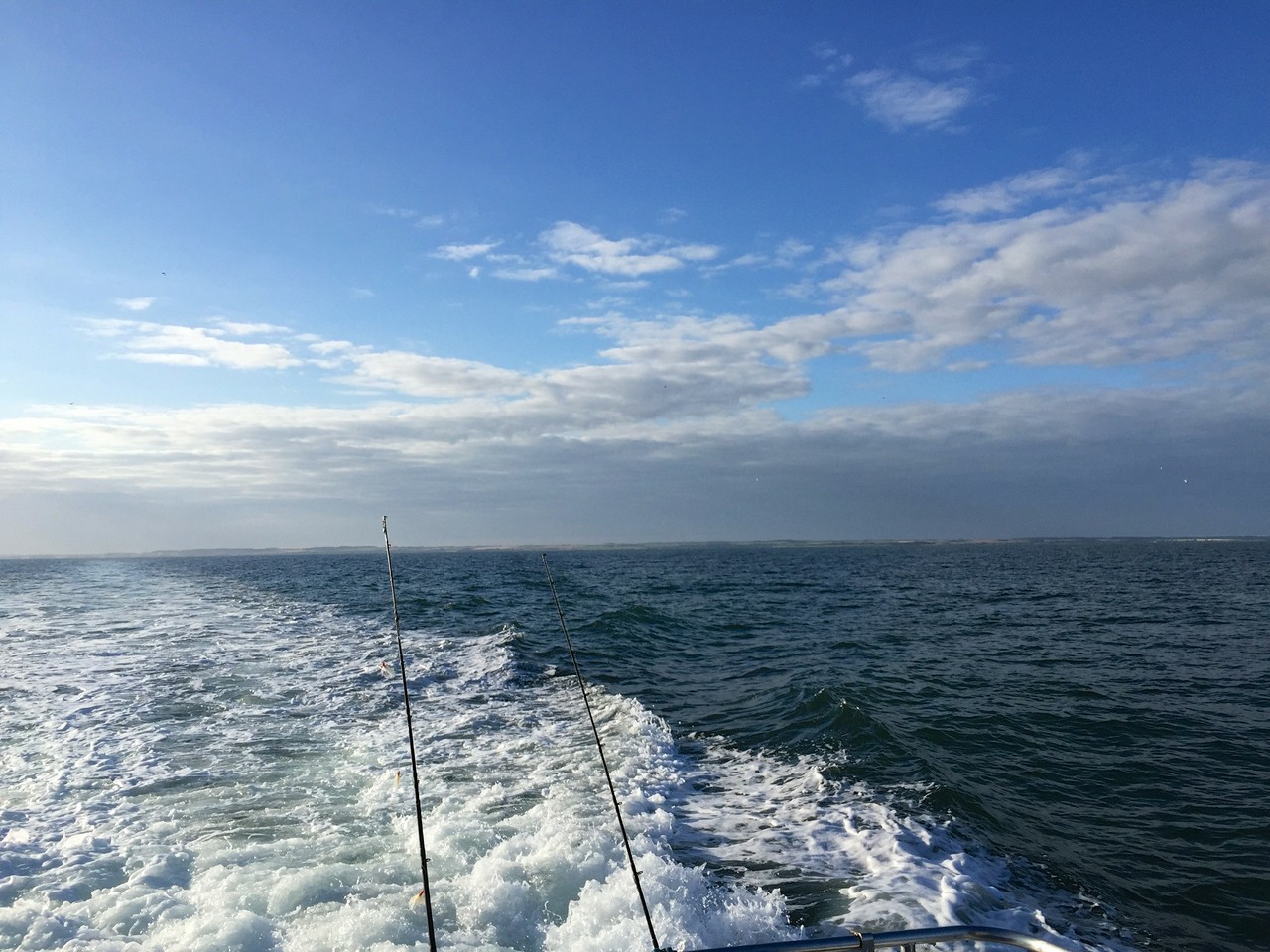 Ready For The BBQ

There is really no better way to cook fresh caught fish. We gutted the mackerel, removed the heads and placed them directly on the lumpwood fired Weber. A few minutes each side and they were delicious with some salt, pepper and lemon juice. We had a great trip and will be back for the longer Tope trip in the near future. 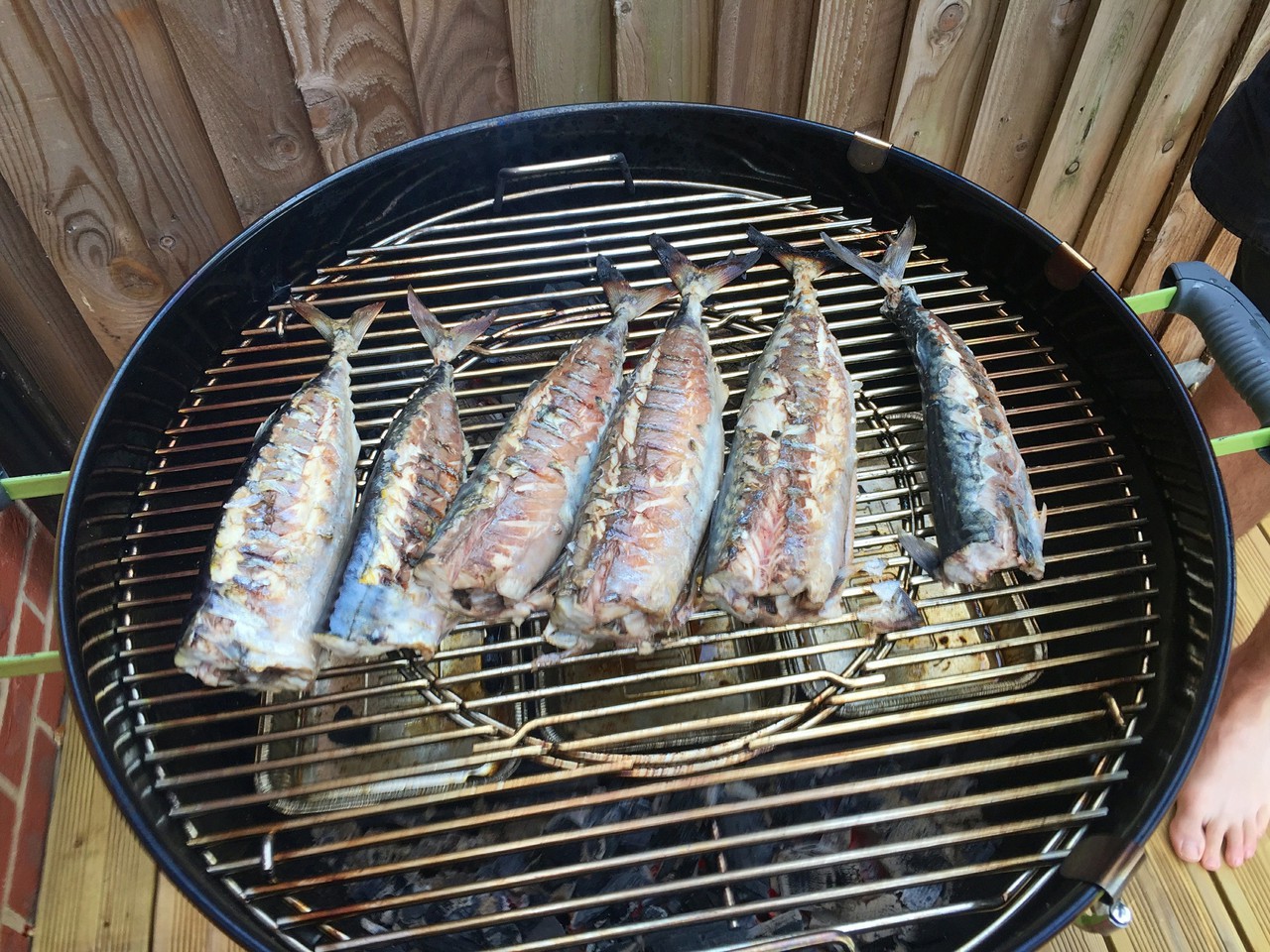 Food is not provided, however we do have an oven on board, so you are more than welcome to bring food to cook yourself or bring your own picnic to keep your bellies from your backbone as you go about the hungry work of catching fish